We provided safety cover for this annual event for just over 300 runners. Very hot conditions meant St John Ambulance had several people to deal with as the heat took its toll. Race started on time at 10:30 and final runner was back at finish by 13:50. We had good cover using 2m simplex for the main running area. 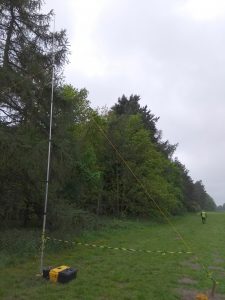 Thank you to the group members that were able to assist at this annual charity cycle event.Although cold the rain held off for the riders that took part.

We used the usual aerial arrangements with 10W on 144.650MHz to cover the main points on the course. We had some RF issues through to Sedgeford but the higher vehicle used at that location seemed to improve the situation.

Thankfully St John Ambulance didn’t have anything of note to deal with.

Thank you to members of the team that turned out on one of the hottest days of the year so far. We had around 180 riders that managed to complete the multiple distance course. A couple of minor logistics issues were dealt with during the day. 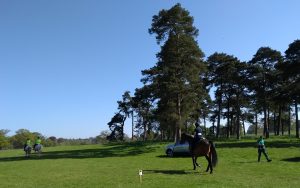 Start for some of the riders 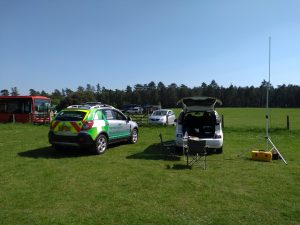 Thank you to members that were able to assist at this event.  We started the day in mist and gradually moved to sunshine with a good number of horse riders taking part. St John Ambulance had a couple of incidents to deal with neither of which were serious.

We ran a slightly different crossband repeater at control running 2.5W at 144.650 MHz which worked well to a short tripod based antenna. 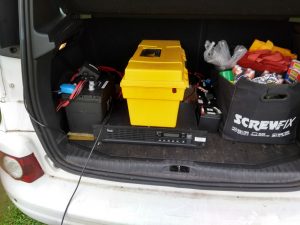 Crossband repeater based on Icom radios 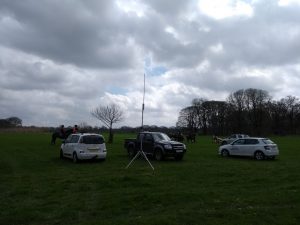 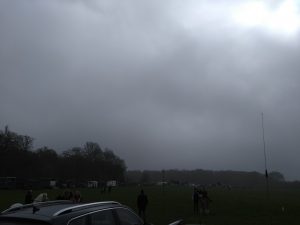 Misty day for the event

Thank you to the members that were able to assist at this ride. The weather proved favourable and there were a record number of 355 riders that took part.

The course route meant we managed to provide good coverage using a low antenna at the control and 5W of power on 144.650MHz. Apart from some power supply issues early on the event which were soon rectified,  no other issues were encountered.

The group provided safety radio cover at  this half-marathon for St John Ambulance. Runner numbers were high but all the runners were well prepared and no safety incidents required dealing with. Comms wise we provided a mobile cover on 144.650 for the bulk of the route back to the start/finish area.

Thank you to all the team that were available to assist with communications at this two day event.

It turned out to be the hottest weekend of the year so far with temperatures peaking in the PM at  over 30C in places.

Thankfully incidents were limited and mainly related to heat or riders getting misplaced.

RF wise we ran the usual frequency of 144.650MHZ using 5W and locally provided cover to all but one of the locations directly. We struggled at times on Saturday with another event taking place on the eastern side of Norfolk that were using the same frequency. There appeared to be one station that was either running sub-tones or had a very deaf receiver – as although they were a good  signal they did not hear our replies from the control location even after increasing our power levels briefly to 50W.

HF was attempted on Sunday but unfortunately either due to RF noise or location proved unusable.

Thanks to the members that were able to support this event.  We had a good turnout of riders considering the preceding weather (heavy rain).

We used the Red Barn watering point as the RF control for this event as this location could hear all the outstations -the event control at start always has difficulty into the hollows at Fring and Sedgeford. This worked well and critical messages were relayed as needed.

St John Ambulance had a couple of minor issues to deal with but overall no great problems. 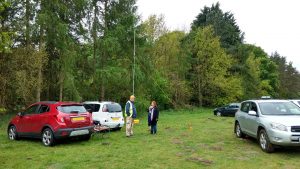 Event Control – doing what we do best – setting up in the middle of a field! 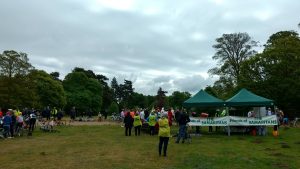 Thank you to the members that were able to assist at this event. Even though the weather was somewhat cool in a brisk Northerly breeze around 250 riders took part over this popular multi-distance pleasure horse ride.

We had a revised course which was covered well from the control location in the middle of the route. We also had to amend control arrangements due to the setting up of a caravan rally in the adjoining field which added some challenges and the use of a compact antenna arrangement.

Thank you to all the members that were able to assist at this event.  We ran a good net on 2m with coverage easily on 5W from the control location.

Just over 200 riders took part on a cool but at times sunny day.  A couple of riders decided to come off their horses but thankfully no major injuries.

Control station at the ride